Mandated Client.  Drug Diversion Program.  X was presented for treatment by family members on the advices of legal representation, against his wishes, exhibiting denial of problematic substance using behaviours and a lack of appropriate understanding as to the seriousness of outstanding forensic matters relating to alleged violent behaviour.  X self reported chronic lack of restful sleep, some pre-existent back and neck pain, prolonged and excessive central nervous system stimulation via meth-amphetamine use, steadily escalating over the last 3 years.  X “energy” levels are self reported as very low (1/10), as his willingness to engage in treatment.

Immediate treatment for the detoxification of long term substance use implemented.  Regular scheduled acupuncture (every second day),  Chinese Medicinal Herbs (prescribed for twice daily consumption) and Naturopathic remedies (taken daily) prescribed, along with complete rest ordered.  Bodywork in the form of remedial and deep tissue massage scheduled every other day.  X reluctance to engage and a lack of willingness to “look inward” are the biggest impediments to a “resolved” recovery.   At this stage a significant break to problematic substance using behaviour is therapeutically indicated.

It took X one return efforts to become the resolved man that he is today. X currently reports good overall health with restful sleeping patterns, good appetite, good digestion and no headaches.  Forensic matters are an issue of the past as is his problematic substance using behaviour.  Steps toward a better relationship with his ex-wife are underway, he is employed full time and remains abstinent to this day.  Slow and steady wins the race.

BEFORE WE BECAME HUMANS

WE EXISTED AS WATER 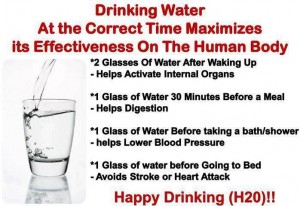 So abundant, so unusual, so essential

Water is an oddity, an exception to the rules.  Every one of these exceptions is woven into the fabric of

In its very ordinariness, water is extra ordinary, it is everywhere.

Water covers ¾ of Earth surface.  This abundance of water was present when the Earth was born.  Life was conceived in this planets primeval oceans.

Some simple organisms can exist without air, but none can grow without water.

Moving, changing, flowing, this is what life is all about

When your emotions flow throughout your body, you feel a sense of joy and you move toward physical health

Water serves as the transporter of energy throughout your body

Water has the ability to copy information, and then transport it

YOU ARE FULL OF IT

Drug Repair & Recovery: Exercise 0, “Life As It IS”

Todays video presentation is by the author and tells it, as it is, ugly and all.  Enjoy (kind of).

Drugs: How People Give Them Up

Taking up drugs is easy.  Giving up is the hard part.  While you are on drugs and having a good time, you don’t think about quitting.  That only happens when it all starts turning bad.  As a result, giving up drugs is usually a hit and miss affair with a lot of unnecessary suffering.  The only certainty in the drug world is that every drug user will have to give up one day.  Recreational drug use is not permanent and all drug users know this.  But because we don’t understand, we have no idea how to give them up.  The different methods of giving up are as follows:
o   Using personal willpower to quit
o   Using the love and support of others
o   Dramatic lifestyle change
o   Voluntary retirement
o   Using drugs to fight drugs
The idea of using licit drugs to treat illicit drugs has been around for a long time, but from the perspective of Complimentary Health Therapies, taking one type of addictive mood altering drug to counter the effect of another type of addictive mood altering drug is not a viable long-term solution.  It’s not even particularly sensible.
The Unasked Question
Recreational drugs are a huge business and for a good reason.  Drugs can make you feel so good it is almost incomprehensible, and everything after that seems dull and lifeless.  The rest of the truth is that we don’t need drugs to feel that good.  By far and away the biggest mistake that is made upon giving up is not replacing the drugs with any other way to feel good.  If you have been using drugs daily, letting go of drugs can mean letting go of the most important thing in your life.  Drugs structure your life and make it predictable.  Stages of drug use are follows:
o   Discovery phase, the best place to make the break
o   Medicinal phase, the transition from taking drugs to feel good to taking drugs so that you don’t feel bad is so gradual that most people don’t realise that it has happened, until it has.
What to Expect
Telling someone to stop drugs does not work.  Offering them another way to get what drugs provide is a better idea.  When the day of giving up arrives it is usually because of wanting to give up the bad feelings, not because of wanting to give up the good feelings.
For drug users there is the additional complication that post-drug pain is invisible, relatively uncharted and widely misunderstood, throw into the mix that non-drug users have no idea what ex-addicts are going through and you have a recipe for isolation, despair, pain and suffering.
However pain encourages us to change so it is an opportunity for personal growth, and our physical body is the means by which this is achieved.  The better prepared you are for life after drugs, the more chance you have of staying off drugs permanently.
When you are on drugs you accept and understand the lows.  This strategy needs to be applied to the lows after quitting drugs, because even if you rest, eat well, take supplements have regular therapeutic treatment and do all the right things, hard days will still happen.  When you give up drugs you will naturally face grief, sadness and loss.  On the positive side the post-drug high starts at the baseline of depression then inclines, falls, then inclines again.  Each peak is higher than the subsequent fall and if you draw a line connecting the peaks and lows you have an average that constantly ascends.  The truly great news is that this trend can keep going.
Working with Cravings
Hard drugs are such a powerful source of fuel that you burn so brightly that you feel as though all of your desires are met.  At the same time hard drugs empty your fuel tanks.  Cravings are massive physiological and emotional urges that are focused purely on what you are missing.  Whilst they can be hard to fight against, they can also be a potent force to harness.  There is no motivation more powerful than craving.  It makes you creative and makes you find a way to get drugs.  Addicts always achieve their goals and it is cravings that drive them to do this.  Hunger draws your attention to something important that is missing.  Cravings carry the message that your body, mind and indeed soul needs nourishment.
The following video presentation is entitled, “From drugs to spirituality” and  is from Jost Sauer, pioneer in the field of REAL drug repair and recovery.
Enjoy a:)

The article that follows is a book review I wrote for an Australian publication for Jost’s second book, “Drug repair that works”.  It is highly recommended.  Enjoy. 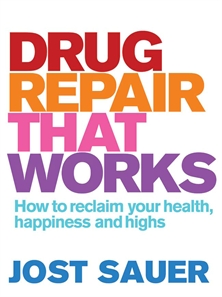 Yes It Really Does

Cannabis: How it Works

The video below is absolute gold, in the platinum sense and thoroughly explains HOW IT WORKS

The author of the feature presentation is Jost Sauer, you may find more of his excellent and relevant drug related stuff at the following address
http://www.jostsauer.com/ 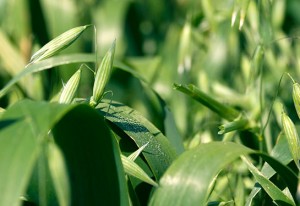