Famous people and drugs..who would have thunked it.

Many thanks to Joe King and his super professional research team for compiling this valuable material, so that we may better understand the perplexing world of substance abuse and how it relates to our precious superstars.

Many thanks to the diligent research of Canadian scientists to bring this enlightening information to our attention.  The following video presentation, if you have not already seen it, will no doubt raise your awareness of the effects that psycho-active substances on any living creature.
Possibly spare a thought today for all the critters, big and small, that have given their lives without complaint, so that we may enjoy ours.
a:)

The following is a self-help awareness instructional video on the consequences of loooooooong term and excessive cocaine use.

If you can relate to this, best to know the following:

“On the morning of August 6, 2004, Rick James was found dead in his Burbank, California, home at the Oakwood apartment complex on Barham Boulevard by his caretaker. James had died from pulmonary failure and cardiac failure with his various health conditions of diabetes, stroke, a pacemaker, and a heart attack. Through his autopsy it was discovered he was under the influence of five different drugs, including marijuana and cocaine, at the time of his death”.
Alas nobody in Rick’s life (including the dear man himself) knew how to move towards a “post-drug discovery phase” lifestyle. Trapped in the incomprehensible maze of mind, continuing drug use is indicated, in which routine takes the place of pain. Death is the likely outcome. His signature tune “Superfreak” is a top ten dance floor killer of all time, I have used it as a DJ plenty of times and it NEVER FAILS to get people dancing.
Vale Rick James, a:) 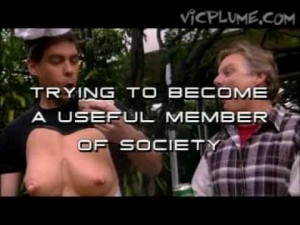